‘Pañca’ in Sanskrit is five. Pañcama is the fifth note in the seven-note octave. Staying exactly midway between the ‘Ādhāra’ and ‘Tāra Ṣaḍjas’ in terms of frequency, its consonant affinity for Ṣaḍja is acclaimed as the “Cycle” of fifths – Ṣaḍja – Pañcama bhāva. Like Ṣaḍja , it is a natural note firmly fixed in its position with no alternative.

According to convention, this sweet note is always considered as resembling the cooing of the cuckoo intoxicated by devouring the tender mango sprouts during the vernal season. 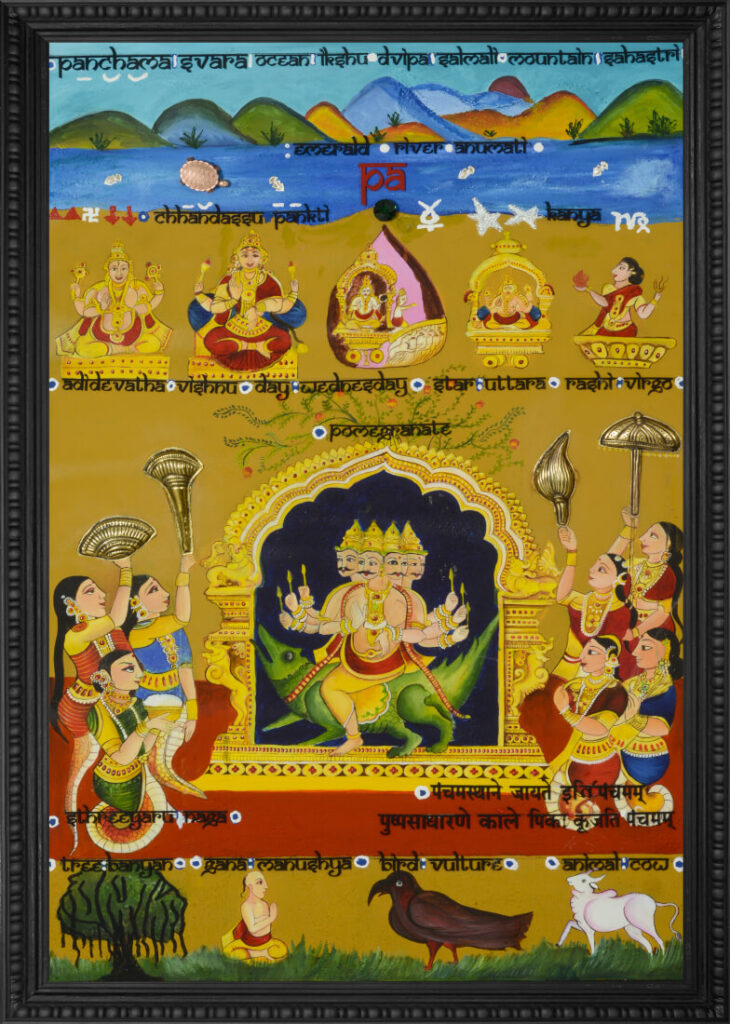